"I got my first commission pretty quickly after I took this course!"

“I’m able to convey the story that I want now a lot easier than I ever was before… [David] lays out the steps, so easy to follow”

"There's so much that I've gained from it"

“It’s just opened up my imagination. I’m not doubting myself anymore. I know that I can build up to a great artwork- I don’t have to start with something perfect!”

"I'm feeling better about my own skills"

“Doing this really made me think: I actually can take on some really ambitious things!”

"I feel more confident and brave than I did previously"

"There are so many helpful tips and tricks. Thanks to David Belliveau all difficult parts of painting became easy and understandable. " 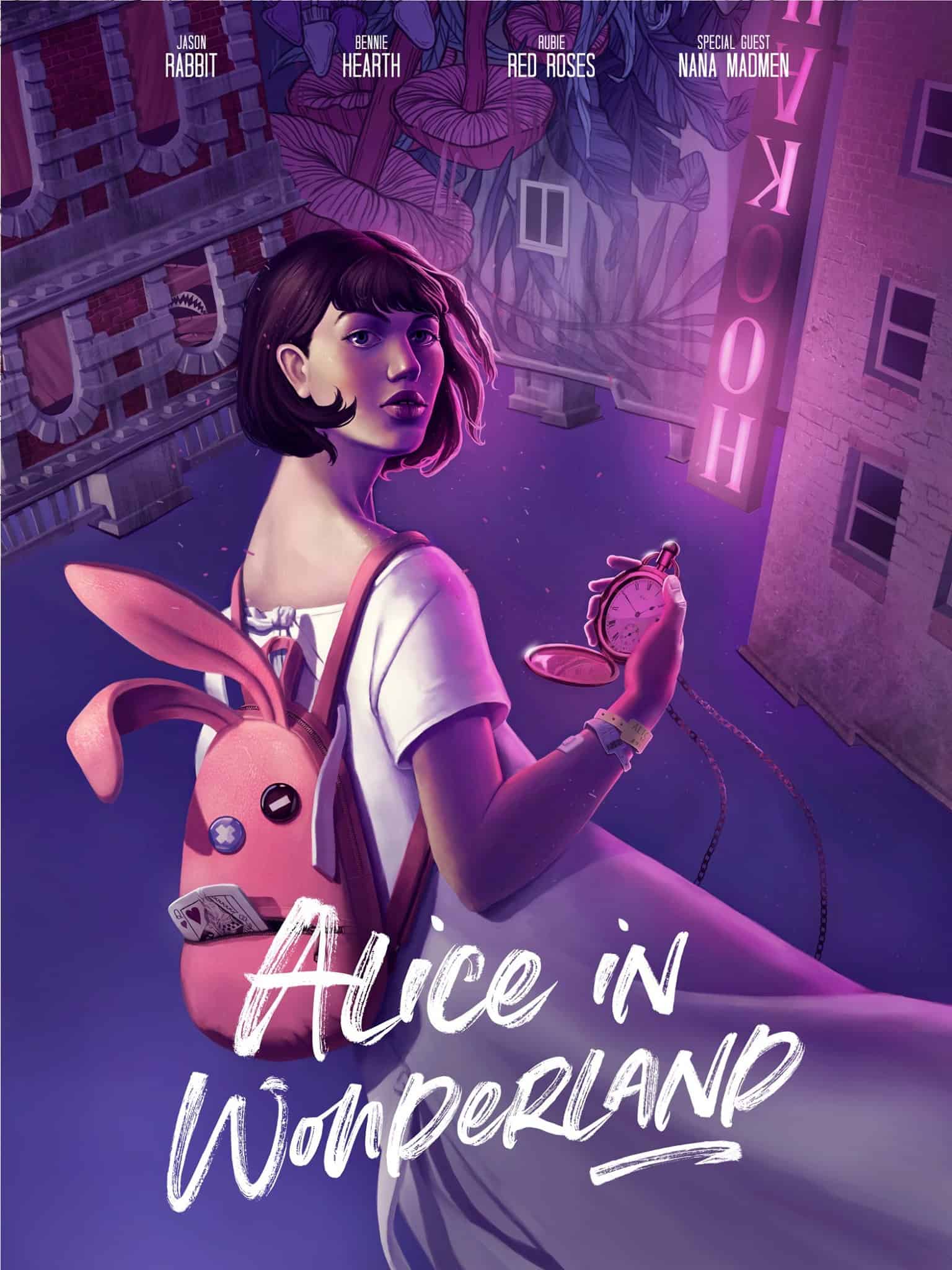 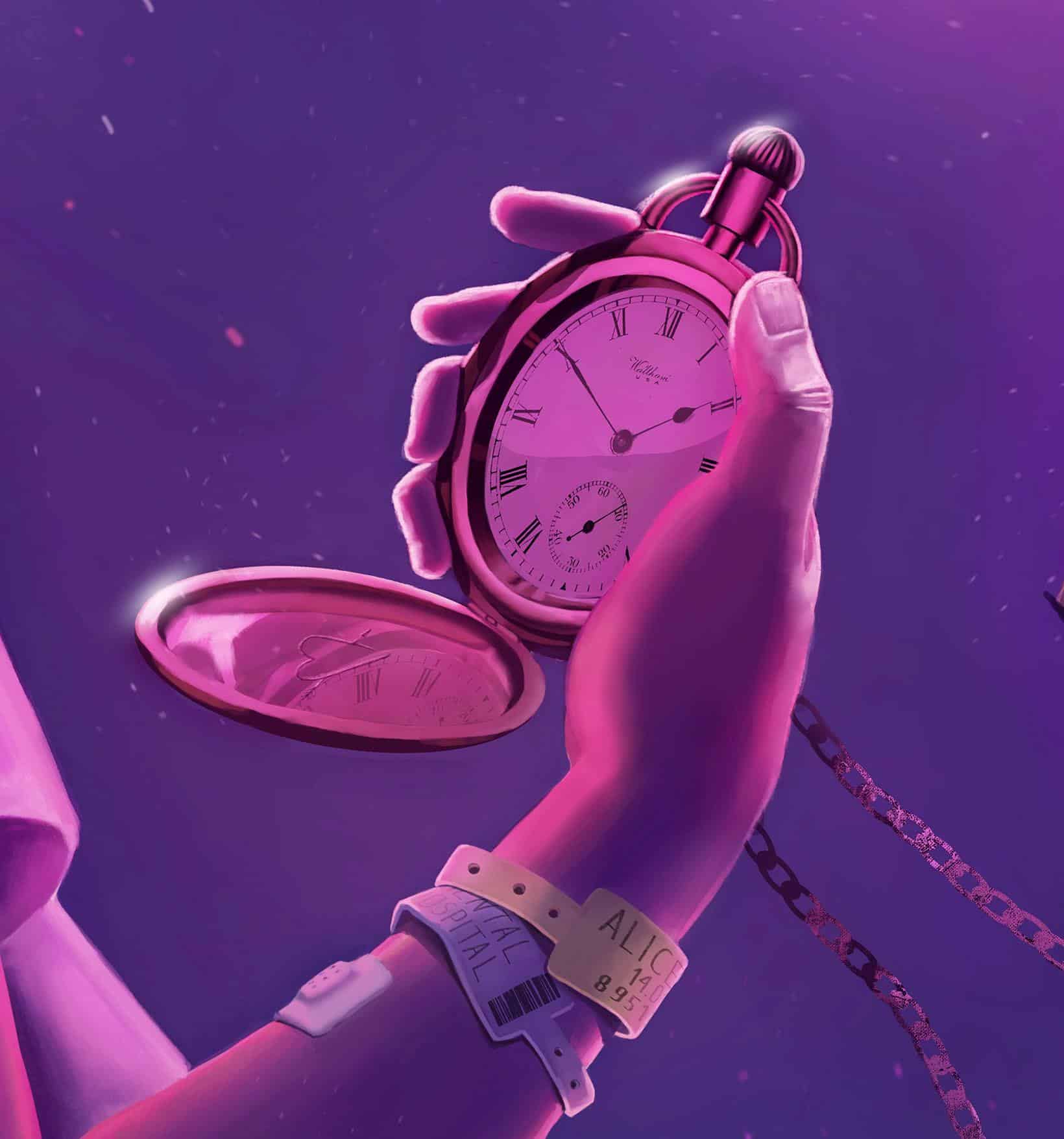 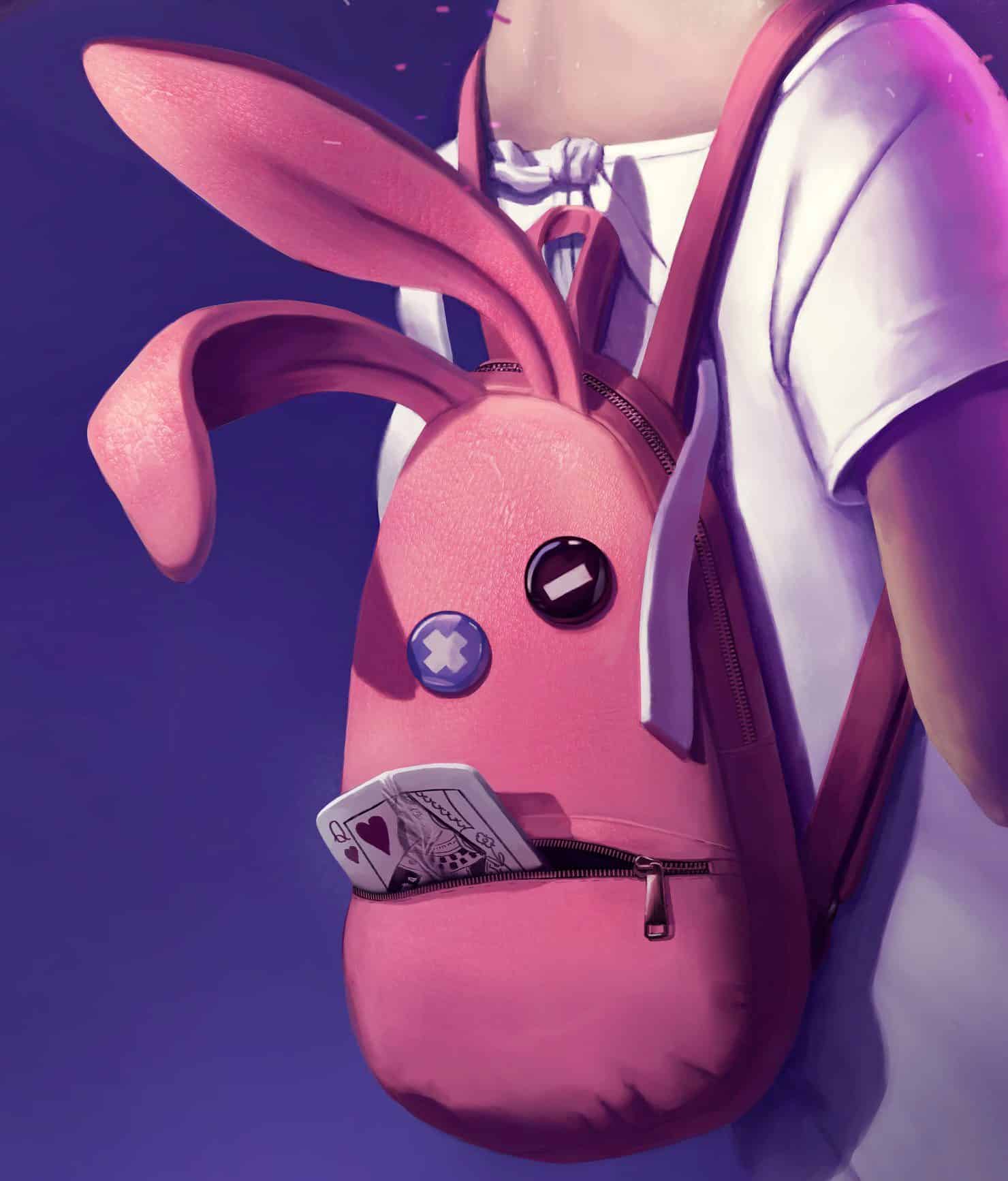 "Honestly there's nothing else out there that compares"

I actually used Illustration from Imagination to finish a book cover job that I had been working on. My client was so in love with the work that resulted from following the course that he's decided I'm officially his artist for the rest of his series!

Tell us about yourself

My name is Amber Luecke and I live in Florida. I am a freelance illustrator and graphic designer. I’ve been drawing since I was a kid, but then I started taking graphic design courses in college, and digital art became my main expressive medium.

What problems did you want to solve by enrolling in the program?

I would get so far into a painting – I would start feeling anxiety about how long it was taking, get completely lost and be overwhelmed with the tools, and not know how to move forward.

When I found Illustration From Imagination it was the answer I was looking for. It gave me the steps to get myself out of the hole I was digging.

Did you have any concerns about the program?

Time and money were my two major concerns, because to make an investment, I needed to make sure that I was going to have the time, even though I have other responsibilities; I have a family, I have work responsibilities. I had to really consider if it was going to be worth the cost, and by far it was.

I felt I’ve grown and it’s an invaluable resource to me already. I quashed my doubts pretty quickly with the potential for growth that I saw there.

When did you realize the program was working well for you?

I think the first sign was when I was in the middle of the piece and I wasn’t having a panic attack. There were resources to go to and remind myself that there is a way forward.

It’s just one step and then you can keep going: one foot in front of the other.
Of course, there’s that point where you see it all coming together into an actual piece that you could walk away from. You could work on a piece forever, but with Illustration From Imagination, it finally got my painting to a place where I could walk away and be proud of it, instead of just throwing my hands up in the middle feeling frustrated and lost.

What big wins have you achieved?

I actually used Illustration from Imagination to finish a book cover job that I had been working on around the same time that the course started, and my client was thrilled.

He was just so in love with the work that resulted from following the course that he has decided I’m officially his artist for the rest of his series.

What would you say to someone whose considering the program?

I would say that if you want to push your digital painting to the next level, or if you just want to take your ideas from those sketches in your sketchbook to a real piece you can be proud of, it’s worth it.

It’s absolutely worth it. There’s somebody there with you, there’s support, there’s encouragement. It’s fun. It’s really bite-sized pieces of information that you can take as far as you want. It’s very much worth it.

I just can’t stress enough how helpful David, the instructor, is in breaking down this giant ocean that is digital painting into actionable steps.

So it’s just a really great course. And honestly there’s nothing else out there that compares, in my opinion.

What rating would you give Illustration From Imagination out of 5?

A lot of people can make great art and they can’t explain how anyone else can get there. David breaks it down and makes it very simple. If you put the time in, it’s completely within your reach to make amazing art.

"Hands down, five stars. It's the best course I've ever done."

“I now draw probably half as much, but I produce twice as much work. I don’t like looking at my old work anymore. My new work is so much better!

"This is gonna give you set steps for life. It is life changing."

“Before this I was using YouTube and going in circles and trying to find my way through this sea of information that just didn’t make sense. I would love for it to be my full time job. I was hoping the course would be able to give me that realistic expectation, and I believe it has.”

"Absolutely do it!
It's worth every penny"

“I would before use reference photos and draw pretty much the photo… where this program is a totally different aspect, your are using your mind “

Learn to paint from Sketch to Final Illustration 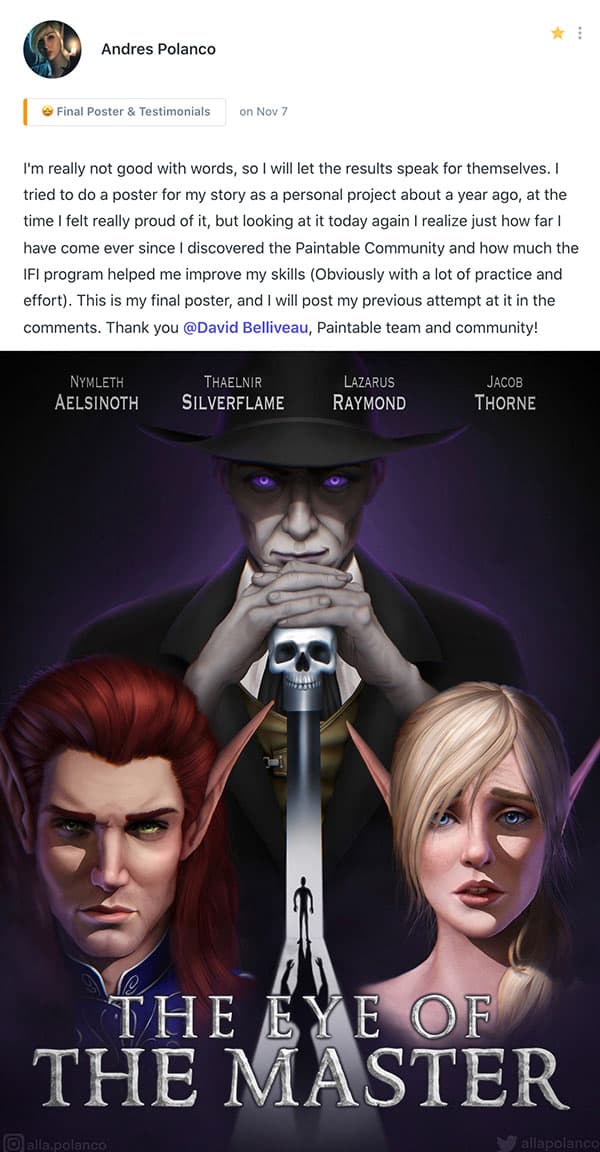 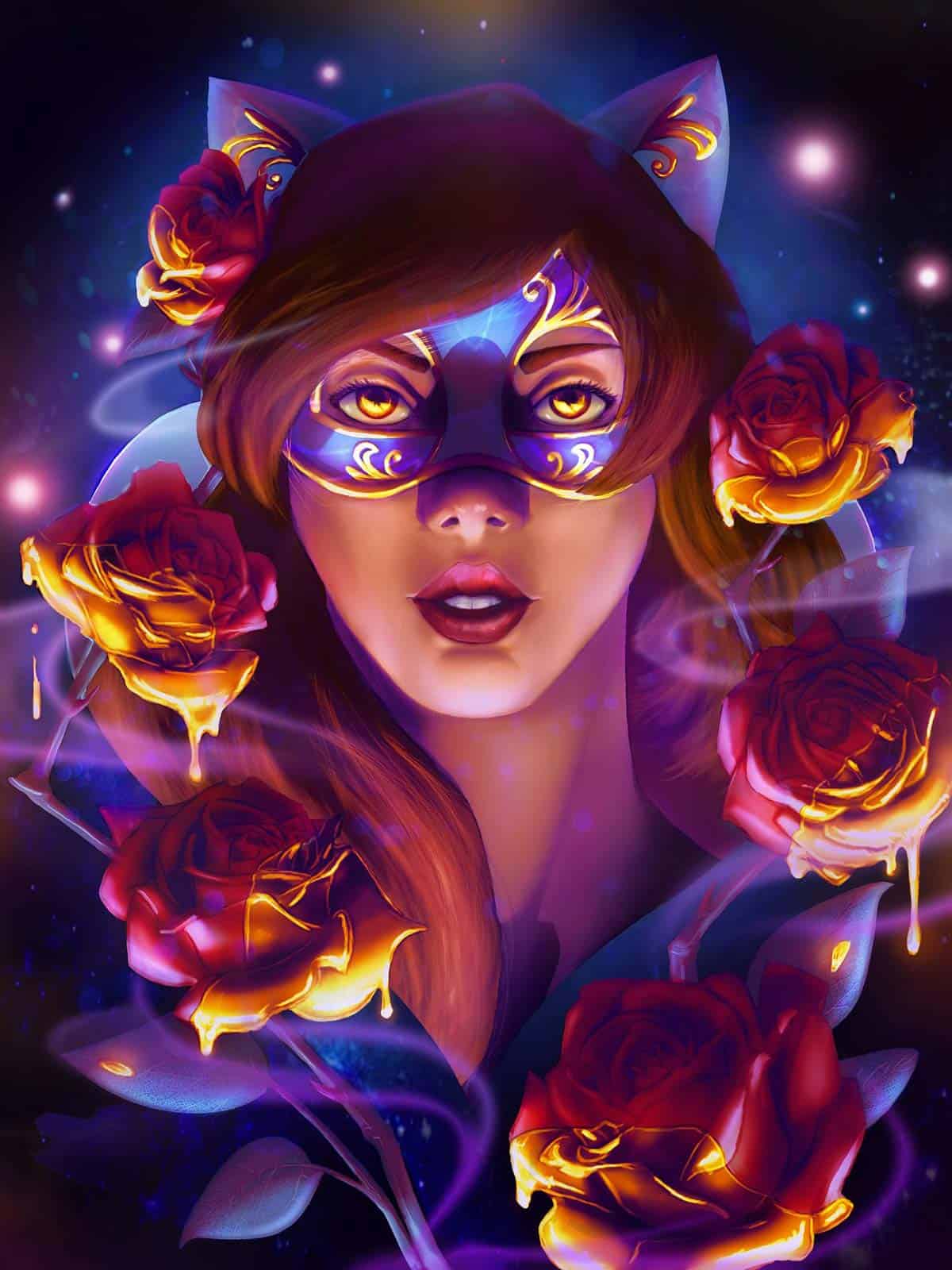 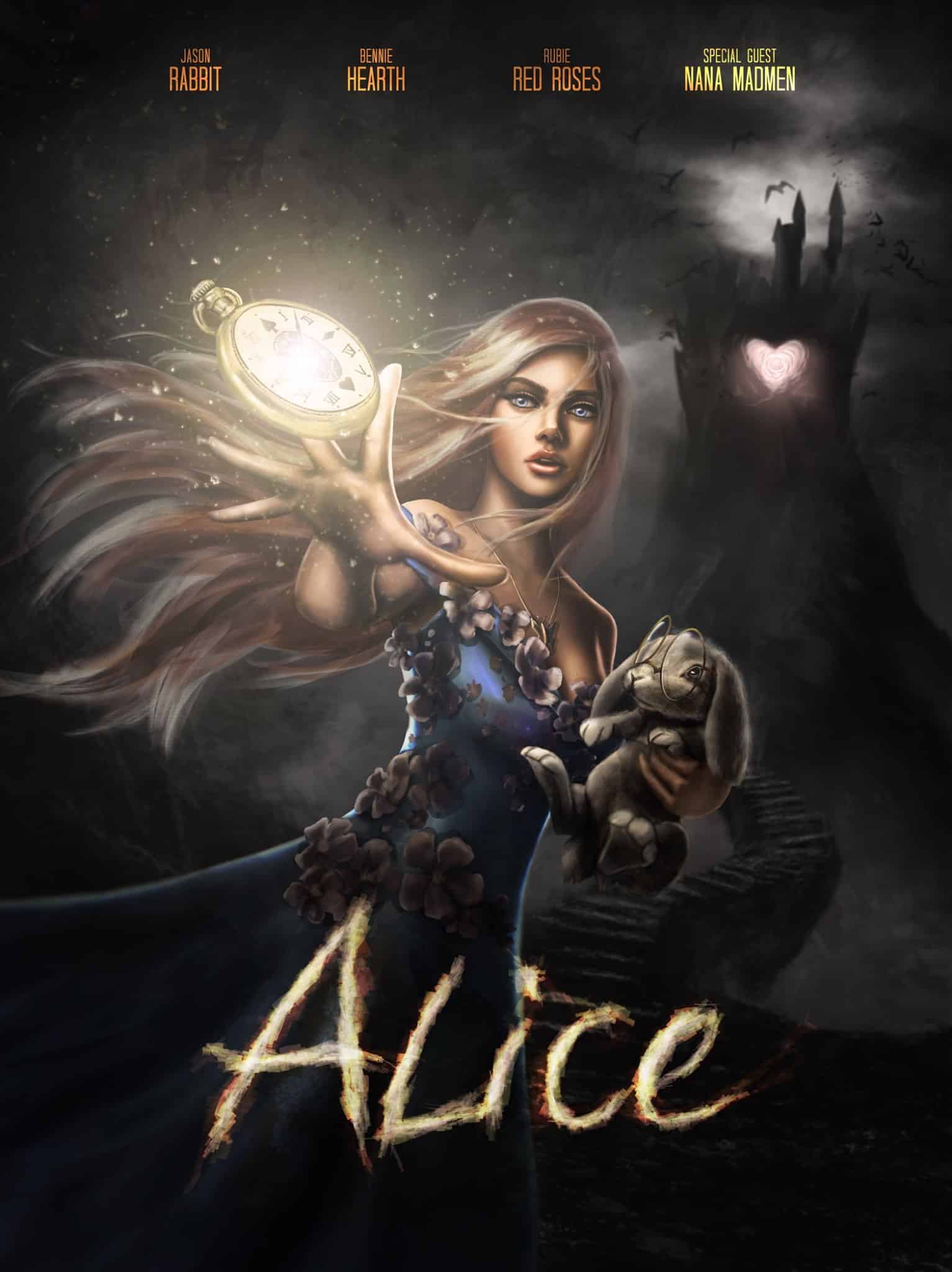 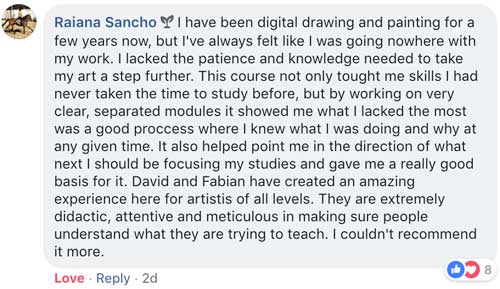 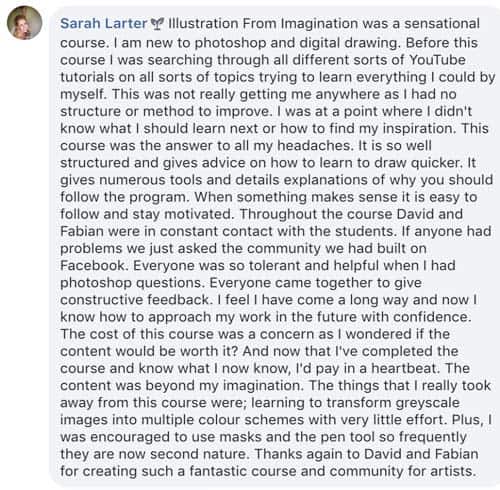 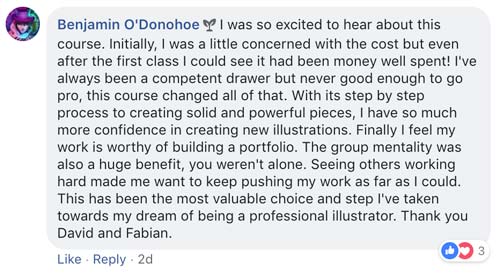 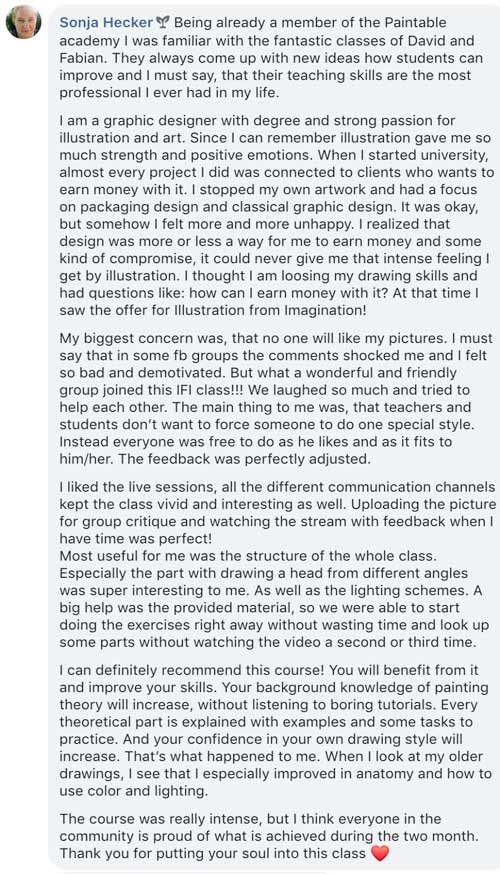 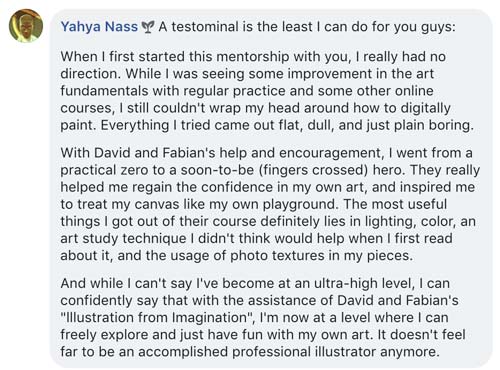 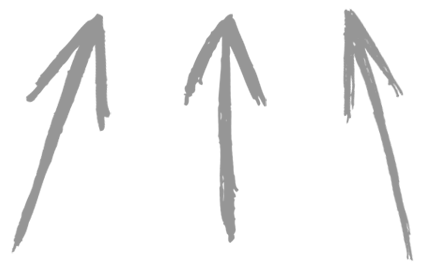 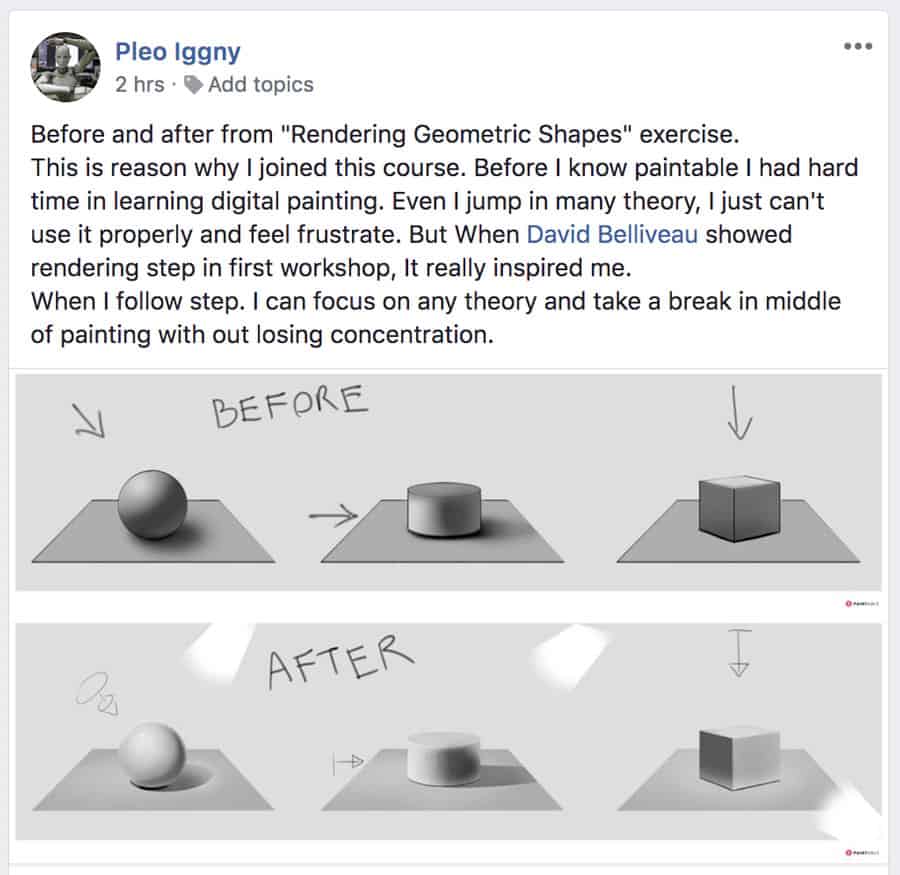 Not Just For Hoomans: 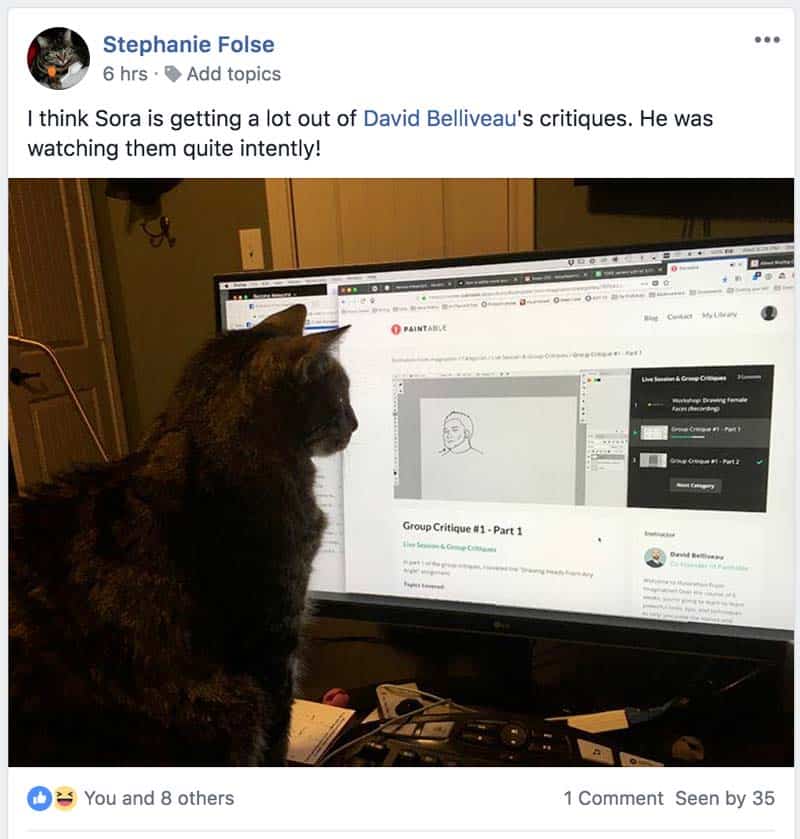 Join Illustration From Imagination Now! Do it for your cat! 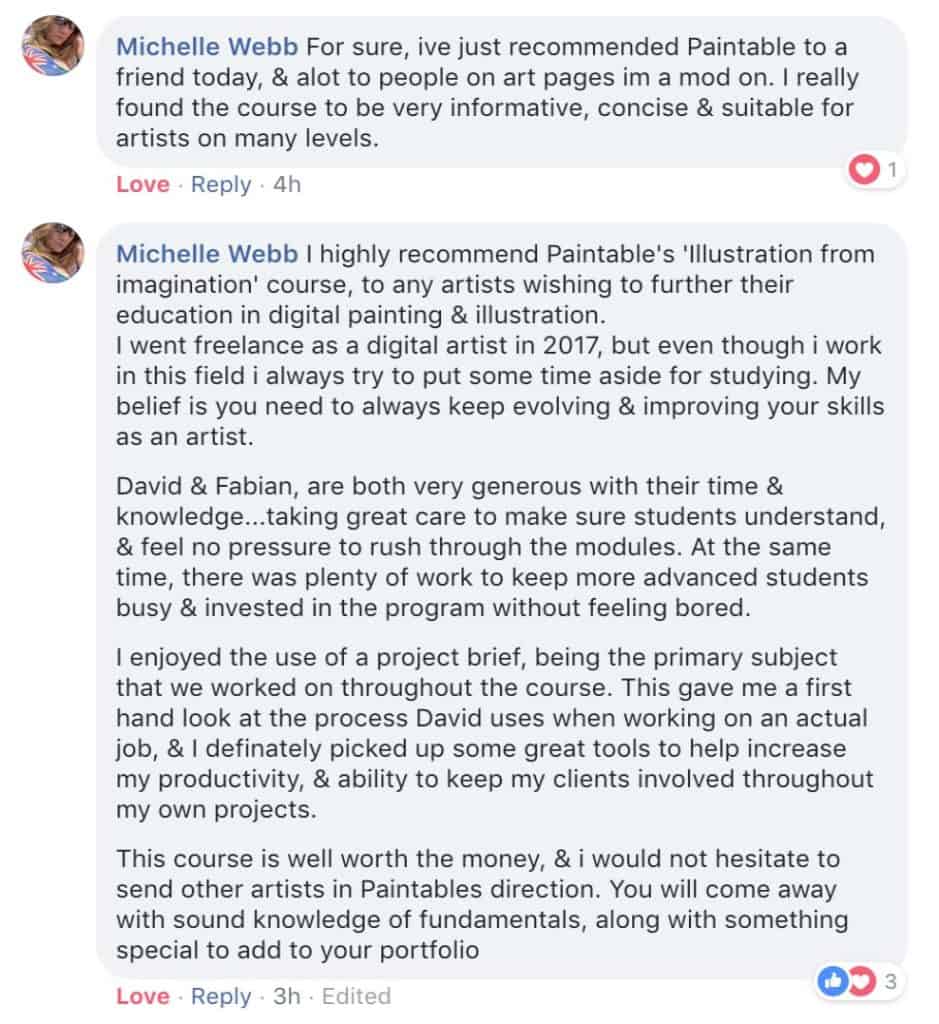 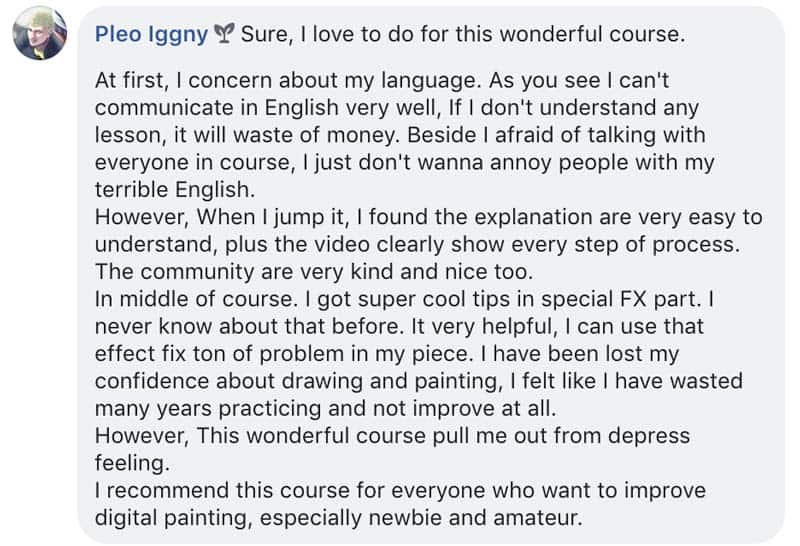 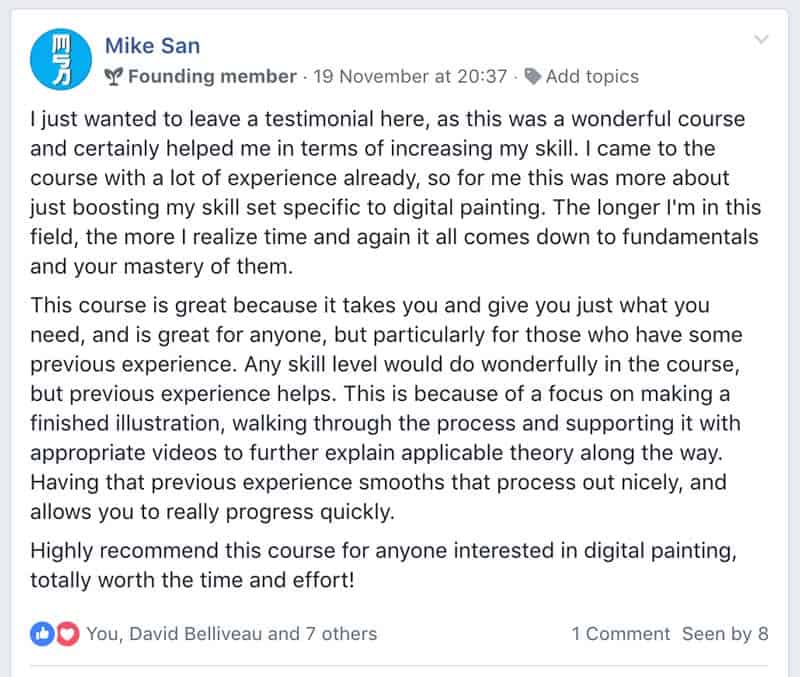 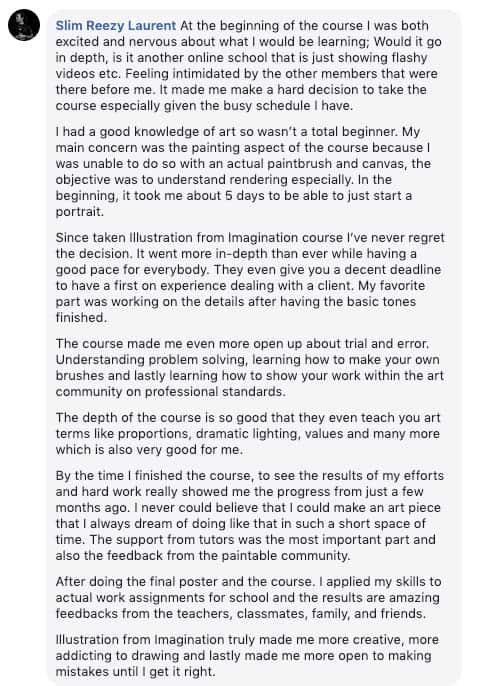 Learn How to Improve Your Concepts & Compositions

Unlock the Secrets of Light

"Another illustration from imagination, can't believe myself!!! 😃"

Since the "Illustration From Imagination" masterclass, Ursula has continued building her portfolio with illustrations created 100% from imagination. 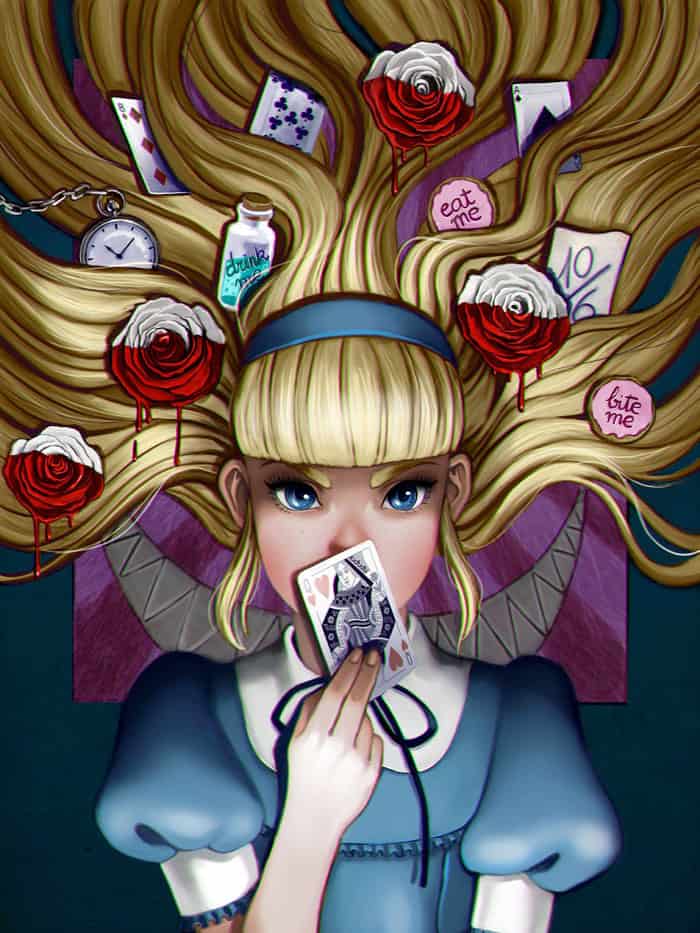 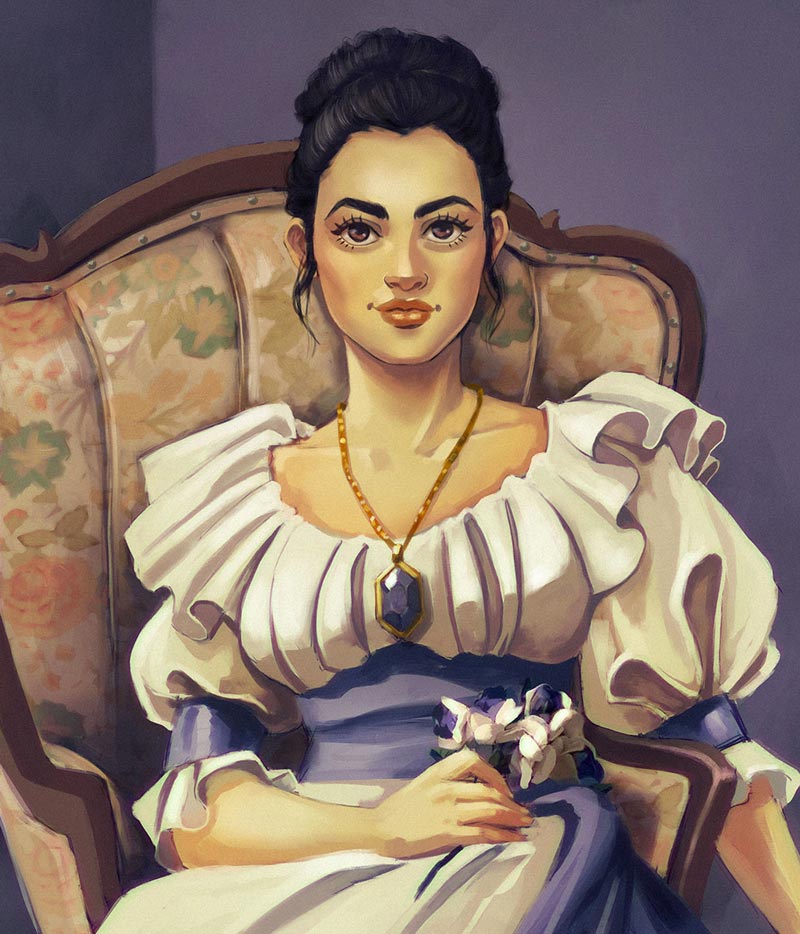 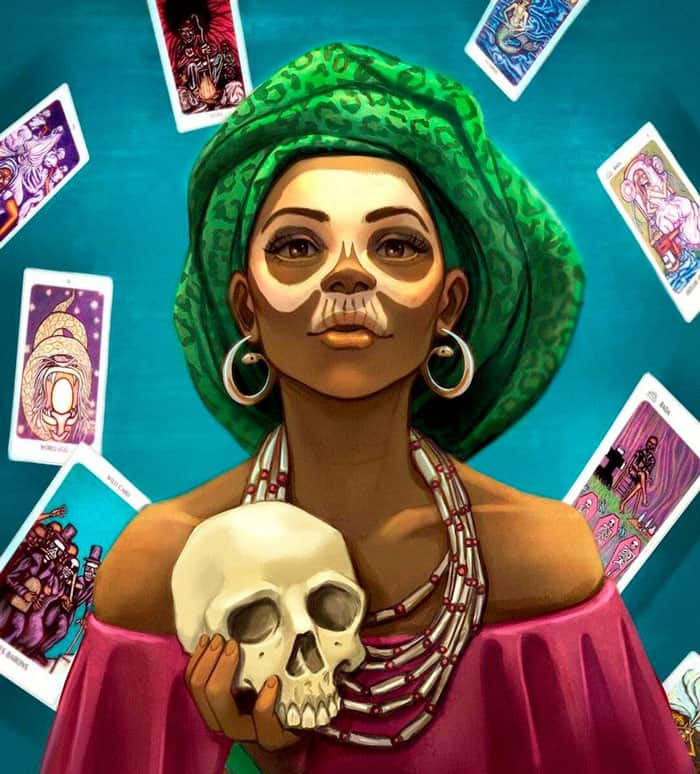 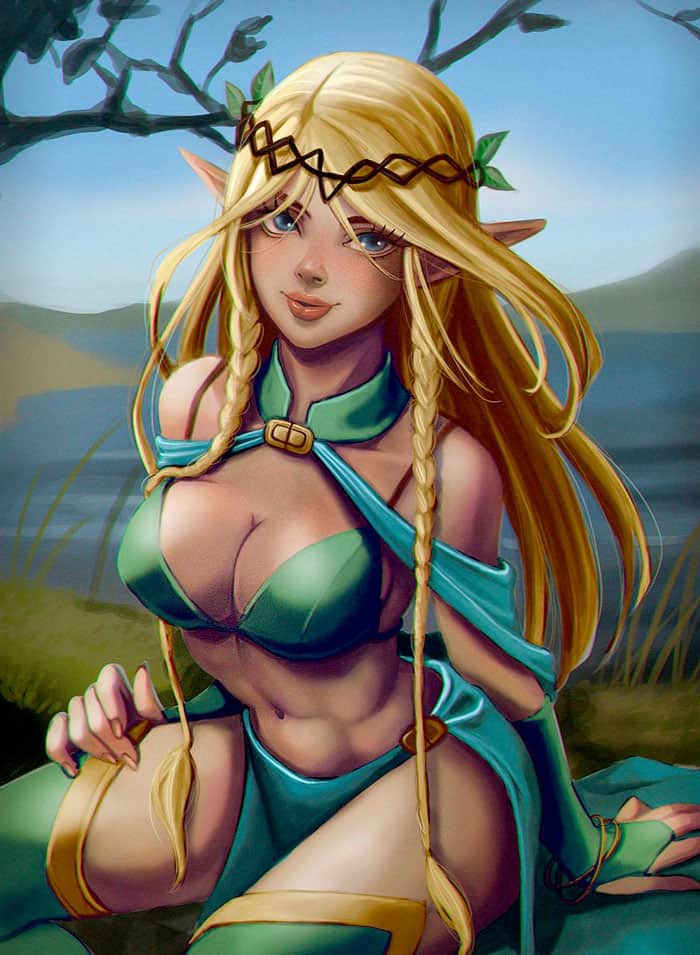 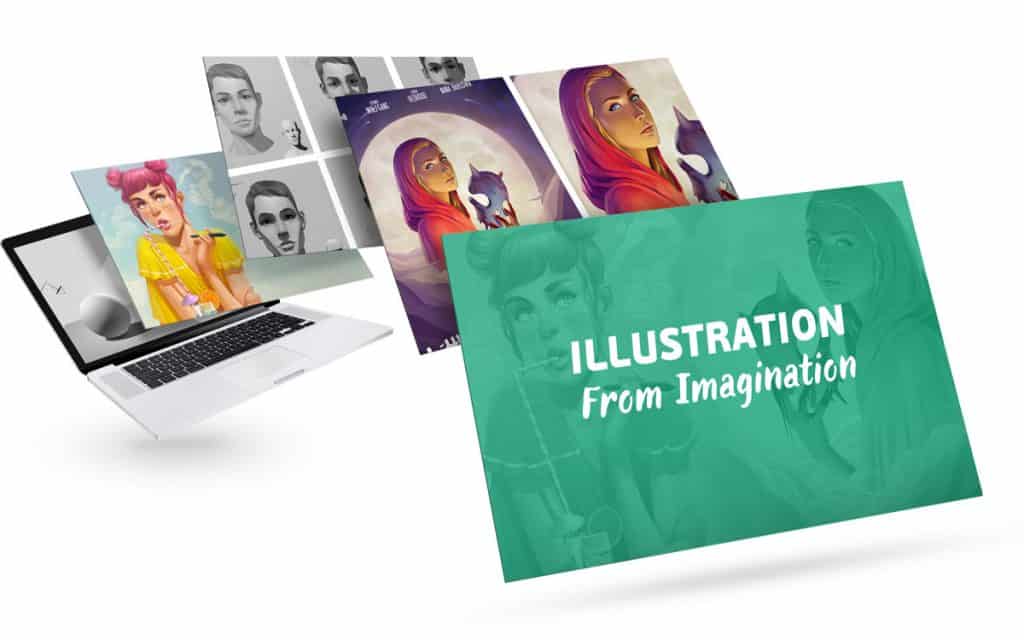 The "Illustration From Imagination" Masterclass